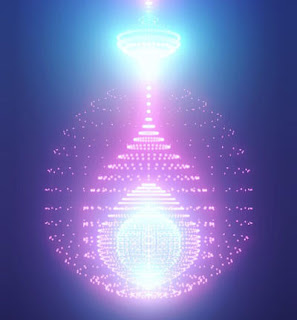 In this article there will be several necessarily negative unveilings which will accompany some humans on their ascension path. Many of the following points clearify general problems on the ascension path or lay open cabal-caused problems on Earth, which will help as well. Basically it is a summary of several topics that needed to be laid open on this blog, condensed into one post, just giving an outline of what the cabal do.

In the end of this post there will be a short update on the current situation and how the Lightforces advanced in the last few weeks. If there are less updates on this blog it signifies that not much has changed ususally. Lightforces are in the process of cleaning this planet of the parasitic parts of the primary anomaly and nothing fundamental changed about it - also, obviously we are not noticing anything in the physical yet.

So, first to the ascension notes:

Now to the situation update:

The chimera and the anomaly are continuously cleaned from all the Earth and the whole solar system part by part. Currently it is still mainly the non-physical realms like astral, etheric and more. Not many visible results so far again. However what you might experience is that attacks are getting stronger as they want to keep the same pressure on key persons with less ressources, so they need to go to higher intensity. That might amplify further until we reach the departures of the first top-chimera members. Ganymede is right now in transition mode to actually become safe for the departure of these main war criminals. There were a lot of tests with the main chimera sociopaths and for them to be safely departed to the central sun without invading the whole facility (described here). The first big departure had to be delayed so Ganymede would not be set back for a few years and we are coming close to a finish here, which will finally allow for the departure of the top cabal themselves.
In the meantime, certain aspects of the judgement which will be held on Earth are already established. Many people on the etheric and astral are being transferred into the cabal's own hell-grids because Ganymede is not available at the moment, just to get rid of those cabal-servants as fast as possible.

Some lightworkers, Starseeds and mediums might have noticed that even humans are individually being 'set down' or lowered already. The judgement setting in is highly individual and selective, just as the involvement with the cabal is structured in a similar way.

That is rather their future level however, depending on their wrong-doings and soul size, as most humans will seemingly still continue being the way as before for some time. However it is getting visible for highly sensitive persons that defect humans are beginning to 'fall' already. This happens in the unseen realms first and is similar to a pre-sorting.
What it means is that the cabal parts which were needed for them to be stable will be dysfunctional soon, which will result in many humans not being able to carry their bodies anymore or to stay stable in their human form. As described in a previous article, the life of most humans is still sponsored by the cabal, which means they could not exist without the cabal implants and genetical modifications the cabal did to their bodies and this also reflects in their behaviour and attitudes. Such cabal sponsored humans will for example defend the cabal‘s system, laws and lies. Those will eventually be departed to healing and judgement planets respectively.
All that cabal influence will soon be history while some humans who are important for key persons will be kept stable by the Goddess and the Lightforces. Many other humans will not be continued from some point in liberation onwards (we are rather talking of a timespan of several years here though, if the Event does not arrive earlier).

Basically the whole Earth is lifted energetically at the moment and those who are not fit for ascension will be left on the 'old Earth'. That means we finally have begun to do what all people who face parasitic aliens and sociopaths should be able to do: we leave them.
Think of the 'old Earth' as the timeline of the cabal which will have only parasites soon and no more real lifeforms and it will of course end horribly for them.
In contrast to that, our timeline, the timeline of the living, is the real continuation of Earth which will only feature real lifeforms, which will have less and less parasitic traits.
This lift will take a few years till decades to complete and basically the first wave of ascendants will be leading the ascension of the whole Earth and those humans more capable for such an ascension. That means the sociopaths among humans are already prepared to be left behind and sensitive persons will be more and more aware that some humans around them were no real humans but some of the 500 million cabal-sociopaths who have leave to the central sun for neutralisation. We will also perceive the latent sociopaths much clearer, who might leave to judgement planets as well - just as Cobra wrote recently. It is beginning to become obvious first for the sensitive, medium-type persons, then for the rest who the 'real' humans are and who are rather cabal or cabal-sponsored and -controlled humans.
On a brighter note, some Starseeds have begun a demonstration of the highlights of human life for the Goddess and the Lightforces to help in the descision of what to keep and what to give special attention to.
Also this demonstration happened to determine who on Earth is responsible for the good and fun things and will therefore be ‚paid‘ and supported by the Goddess while the Lightforces take over Earth. Needless to say countless cabal-members tried to claim that they would own the 'pleasurable parts' of Earth just to invade the Goddess and to get paid (payments for these things will happen energetically by the way). However there are some people who really created these pleasures for humans on Earth or keep them intact since ages - and it is those who will finally receive enormous amounts of energy as a payment that is long overdue - subtracted by their closeness to the cabal of course. Many of those people are quite happy by now as the real people finally will profit after all those cabal-pretenders are being moved out of the way.
However, it is certain that those humans who get through the shift as intact humans will be leading a very, very happy life. One should keep in mind that the Lightforces also are able to heal and repair most sicknesses or even severe body conditions like i.e. lost limbs. Those kind of healings are costly, so you should not risk anything, but if you have severe body problems, those are no real problem anymore, once we get to compression breaktrough.
So a little part of the Event has already begun as this was and is a pretty close communication taking place between several Starseeds, other key persons and the Goddess including several alien species involved in the liberation.
Therefore there is a lot of process but it is rather preparative and not yet in the open or for the broad masses.

Popular posts from this blog

December 31, 2022
Several big news in this update, followed by general ascension insights again. Despite the great progress, we are still below the threshold for the chimera-induced illusion to fall on the surface of Earth. Therefore there are still no visible changes for the surface population and this will probably continue to be that way until approximately summer 2024 (in case the Event does not happen earlier) - more details later. After cruel attacks on key persons during Christmas, for the first time the Lightforces have achieved a stability on the surface which allows to go into hard offence towards the cabal. That means many high cabal-members can now finally be punished instantly. A punishment that happens in a broad fashion and does not have to happen selectively. This also includes harder, instant punishments in the grids/hell worlds/multidimensional rooms which the cabal created for their victims as well as for their followers. There are still several thousands of these rooms/grid-worlds se
22 comments
Read more

May 27, 2022
As in each update, the solar system is still cleaned and stabilised steadily from the influence of the chimera. This is still mostly perceivable in the unseen realms for now as physical changes will not be possible at large before compression breakthrough. We have reached a point in the process of removal though in which the chimera in its entirety is shortly before realising their absolute defeat. You can imagine a strict hierarchy in the chimera which disallows anyone lower to know anything higher levels already know. And while the top chimera criminals know defeat is certain since about two years,  the rest of the hierarchy is kept in steady belief of winning against the Lightforces. A belief which will necessarily come to an end soon. That also means the stabilisation process for humanity is coming to an end. While much of the stabilisation has to happen without the chimera witnessing it, in the end, giving insight into the stabilisation is necessary and part of the stabilisation i
5 comments
Read more